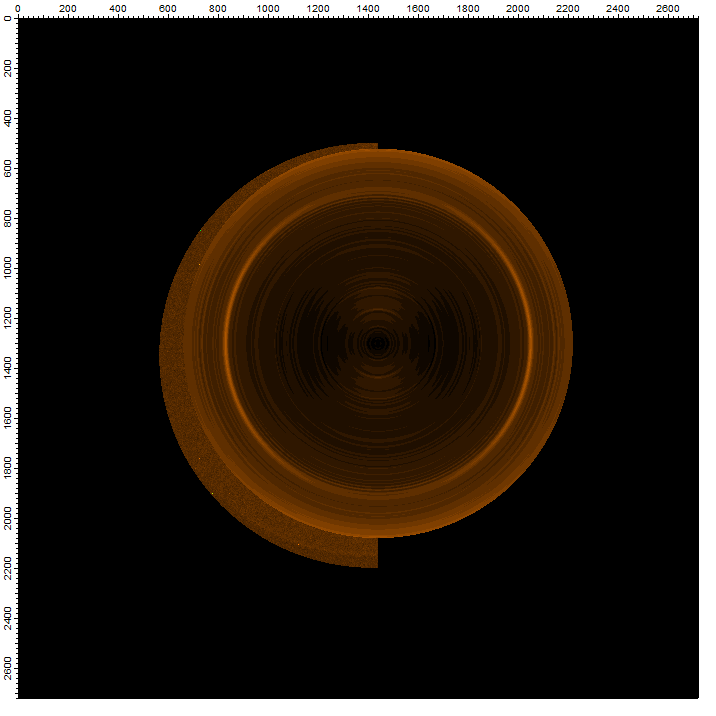 or VMI. In this type of photoelectron spectrometer, a soft x-ray pulse photo ionises atoms from a gas jet. The photoelectrons are collected and focussed on a micro-channel plate. In this device, the impact points of electrons with the same kinetic energy are forming a circle, as shown in the present figure. During this experiment, the ISMO group took benefit from the high monochromaticity of a  32.6 nm soft x-ray laser to test the VMI and optimise the energy resolution: the thinner the circle, the higher the resolution. This figure of merit is import for future applications. Coupled to an auxilliary IR or THz beam, this device will be a fantastic tool to measure the XUV pulse duration in multiple pulses mode (“cross-correlation”) or even in single shot (“streaking”).

The laser is also used for exotical experiments.

In collaboration with the CELIA (Ph. Balcou) and University of Florida (M. Richardson), we have conducted 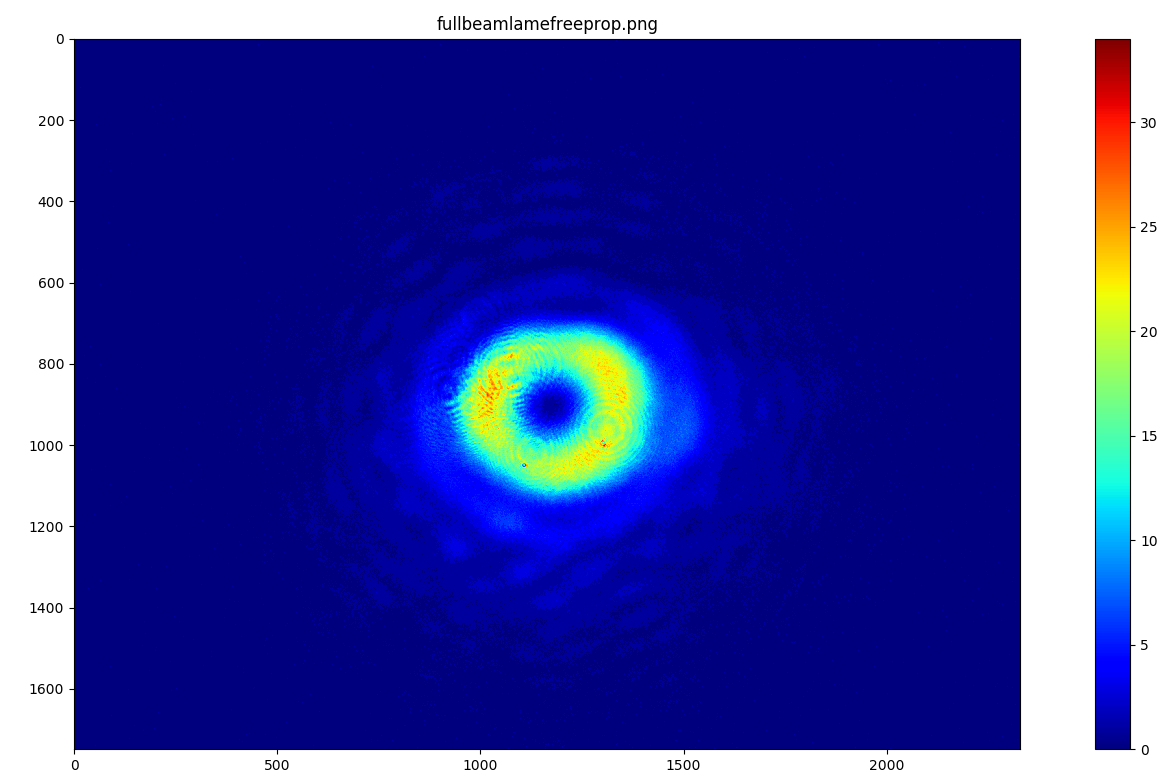 our first experiments with “vortex” beams.

Site is being updated !

We have investigated high harmonic generation in an argon gas cell driven by two femtosecond laser pulses separated by a variable delay ranging from 500 fs to 100 ps. Experiments were performed at the LASERIX IR-EUV facility using an amplified 10 Hz CPA Ti:Sapphire laser system on a beamline delivering 50 fs pulses at 800 nm with energy up to 15 mJ. In the case of a non-zero time delay we studied the optimal conditions for equilibrated double pulse generation despite perturbation of the generating medium induced by the first pulse. We showed how high harmonic double pulse generation varies with the gas pressure, the excitation energy, the delay and the relative polarization between the two laser pulses. Due to the very high spatial overlap of the two generating IR beams throughout the gas cell, results obtained here can reasonably be extrapolated to perfectly collinear pulses. Besides, we confirmed that the observed behavior does not depend on the relative polarization states, parallel or crossed, of the two IR generating pulses. Moreover, the spectra of the two EUV pulses remain identical. These three properties are of great interest for plasma-based soft X-ray laser seeding experiments aiming at probing the gain and polarization dynamics of the amplifier stage. This type of study gives also insight into the physics of very high repetition rate harmonics, above 1 GHz.

Experimental results of a two-stage Ni-like Ag soft X-ray laser operated in a seed-amplifier configuration are presented. Both targets were pumped applying the double-pulse grazing incidence technique with intrinsic travelling wave excitation. The injection of the seed soft X-ray laser into the amplifier target was realized by a spherical mirror. The results show amplification of the seed soft X-ray laser and allow for a direct measurement of the gain lifetime. The experimental configuration is suitable for providing valuable input for computational simulations.
Article : Gain lifetime measurement of a Ni-like Ag soft X-ray laser, Optics Express, Vol. 20, Issue 23, pp. 25391-25399 (2012), doi : 10.1364/OE.20.02539 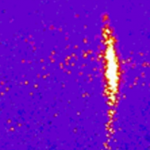 Our users and collaborators from ISMO recently published their work on the temporal characterization of our picosecond extreme ultraviolet laser pumped in grazing incidence. They have investigated the shot-to-shot reproducibility of the pulse duration, as well as its behaviour as a function of several pumping parameters.

Sophie Kazamias associate professor at Université Paris Sud has just been awarded 2012 Aimé Cotton Prize from french Physics Society for “her works in the development of coherent sources in the extreme UV (EUV), from high harmonic generation to EUV plasma based laser”. Sophie Kazamias received a pHD in 2003 for the optimization of high order harmonic sources for nonlinear optics in the EUV at LOA. Since 2003 she has carried on her research on LASERIX facility and taught physic and optics courses in the Physic department of the Université Paris Sud